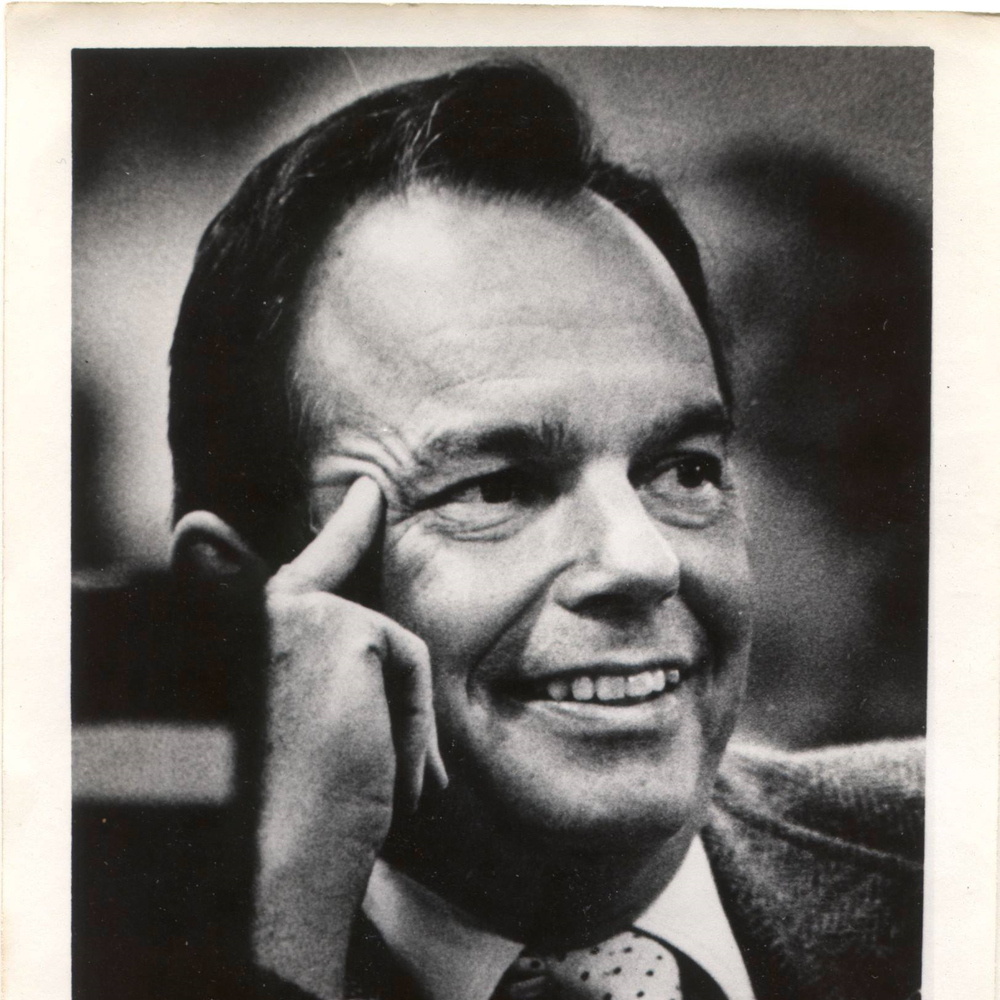 Ralph Pearson Edwards, Sr. died on January 6, 2020 at his home in Warm Hearth Village, Blacksburg, VA. Ralph, the son of William James and Amy Shields Edwards, was born on February 20, 1925 in Charlotte, NC. He served in the U.S. Navy from 1943 - 1946 and attended Duke University in the Navy's V-12 program and graduated in 1948. Ralph met his wife, Bennie Harris, at Duke and married her in 1947. Together they raised four children – Ralph, Jr., Gibby, Woody and Nancy. They lived in Greensboro, NC while their children were growing up. They retired to their mountaintop home, Knollwood, in Floyd County, VA in 1990. In 2011, they moved to Warm Hearth in Blacksburg. Ralph's career included human resource manager for Sears in Greensboro and Chattanooga, and Sealtest in Charlotte. In Greensboro, he worked for North Carolina National Bank, was President of Home Federal Savings & Loan, and City Executive for First Federal Savings and Loan. After his "retirement", Ralph worked for the Bank of Floyd in Floyd, VA. Ralph served the Greensboro community as Chairman of the United Way, President of the Kiwanis Club, Chairman of the United Arts Council, Chairman of the March of Dimes, and Chairman of Junior Achievement. In 1973, he was the Honorary Chairman of the GGO. He served on the boards of the YMCA, Greensboro Merchants Association, Piedmont Sales Executives, Salvation Army, Redevelopment Commission, Chamber of Commerce, Greensboro Housing Foundation, Wachovia Bank and the Governor's Council on Aging. Ralph served two terms in the North Carolina General Assembly from 1979 – 1983. He served on the following committees: Banking, Commissions and Institutions for the Blind and Deaf, Finance, Mental Health, Rules, State Property, Alcohol Beverage Control Board, and Congressional Redistricting. He introduced numerous bills such as Child Car Restraints, the Equal Rights Amendment and Animal Cruelty laws. Ralph loved Duke, Duke basketball, his home in Floyd, VA., his children and grandchildren. But he loved Bennie most of all. Bennie and Ralph had a gift of welcoming all into their home and creating memories that will never fade. Ralph, also known as Big Ralph, never met a stranger. He loved to travel. Bennie and Ralph took numerous cruises to various ports of call around the world. However, his biggest voyage was the month-long trip he took Bennie and the youngest three kids out west in a Ford Country Squire station wagon in 1966. That trip holds precious and humorous memories for all of us. Ralph was a life-long member of the United Methodist Church. He was a member of Hawthorne Lane UMC in Charlotte, West Market Street UMC in Greensboro, Floyd UMC in Floyd, VA and Blacksburg UMC, Blacksburg VA. In all of those churches, he sang in choirs and was a soloist. Ralph loved to sing. He sang in choirs from his boyhood until 2018 when his eyesight and lung capacity failed. He sang at many weddings and funerals. But his most precious special solos were at the weddings of his grandson Graeme and his wife Kate, and his granddaughter Amy and her husband Gray. At both occasions he sang "The Song of Ruth". Other solos included "The Prodigal Son", The Lord's Prayer", "The Spirit Song" and "Mary, Did You Know?". Ralph was preceded in death by his wife and parents, brothers Billy, Wilbur, Charles, Ned, and Hugh. He leaves his son Ralph and wife Ruth of Oak Ridge, NC, daughter Gibby and husband Buz Waitzkin of Floyd, VA, son Woody and wife Nancy Huber of Santa Fe, NM, and daughter Nancy and her partner Mike Rigsbee of Orange County, NC. Grandchildren and great-children are Pearse and Mary Edwards, their children Ash and Ruby; Tia and Justin Martin and their daughters Maya and Georgia; Graeme and Kate Waitzkin and their sons Miles, Shields and Wills; Amy and Gray Wilson and their children Julia and James; and Lindsay Allen. Ralph is also survived by his brother John Wesley Edwards of Charlotte and many nieces and nephews. The family would like to thank Ralph's caregivers Edith Shepherd and Jeremy Watkins for their love and support of him during the last months of his life, as well as the incredible folks from Good Samaritan Hospice – Brooke, Brittany, Denise and Karen. In lieu of flowers, please donate to the Warm Hearth Village Foundation.To share memories of Ralph Pearson Edwards, Sr., please visit www.virginiacremations.com. Care for Ralph's family has been entrusted to Cremation Society of Virginia SW, 276-782-4488.

Share Your Memory of
Ralph
Upload Your Memory View All Memories
Be the first to upload a memory!
Share A Memory
Plant a Tree